Vienna/Augsburg, 21.12.22 – Ferdi Akcaglar, a member of the Augsburg board of directors, has decided to operate the fms Callbot in order to make it easier for dispatchers to handle their break times. Now Ferdi Akcaglar has many more plans.

The initial scepticism has been eliminated

Like any new technology, people in Augsburg were somewhat sceptical about voice intelligence in call centres. Fears such as “We will be replaced” or “The callers don’t want to talk to a tinpot” were brought to Ferdi Akcaglar from many sides. However, the Augsburg chief was not deterred and introduced the fms Callbot with all parties involved. The goal of easy handling the break times was quickly achieved. “So right from the start, the acceptance among the dispatchers increased because their daily work routine was made easier,” says Ferdi Akcaglar. As with any new technology, it became clear right from the start that intensive dialogue with all people involved is a core element during the launch!

Voice assistance in the call centre no longer surprise callers

Ferdi Akcaglar also paid a lot of attention to gently introducing the fms Callbot to the callers. For this purpose, the announcement text was deliberately chosen in the initial phase so that callers were not “pushed” into the fms Callbot. But it turned out, that the majority of callers were already used to voice assistance in call centres. “We underestimated that many callers already know the technology from doctor’s offices, government offices or various companies,” says Ferdi Akcaglar.

Of course, there is always a minority who reject new things. “The best way to pick them up is to offer a way out of the queue with the fms Callbot,” says the board member. And that callers are getting used to the fms Callbot is also seen by Robert Abel, CEO of fms/Austrosoft: “The fms Callbot has already carried out more than 2 million orders in over 20 taxi centres, which is based on an increasing acceptance among callers.”

While at the beginning the goal was the better handling with break times, Taxi Augsburg is now striving for a new goal with the fms Callbot: The improvement of working conditions and wages for the dispatchers. From 01.01.2023, a further milestone will be reached for this by implementing a new, more flexible shift planning for dispatching. “If the fms Callbot takes over as many standard calls as possible in the future, the dispatchers will be able to deal more intensively with more complex enquiries from callers or answer emails from customers,” Ferdi Akcaglar wishes. This will further improve the service for the callers and the taxi centre can further distinguish itself from its competitors.

Akcaglar attributes the fact that a new service level has already been achieved due to the reduction in error rates per order. “When orders are placed via the dispatchers, we have between 5-10 per cent of incorrect trips, whereby it is unclear whether the error lies with the caller or with the dispatchers,” says Ferdi Akcaglar and explains further: “With the fms Callbot, we have been able to reduce the rate of incorrect trips at around 2 per cent.”

This is because the fms Callbot does not get tired even after 5 hours on the job and always requests an address confirmation from the caller before the order is dispatched. In addition, calls identified as difficult are passed to the dispatchers for human control. The low error rate leads to a better perceived service performance by passengers as well as drivers. And CEO Robert Abel also sees that it will be important to optimise the ordering process in the future: “It will be crucial that the ordering costs per order are constantly reduced through automation. Especially if the taxi industry wants to keep up with the new players on the market.”

No fear of the fms Callbot

The improvements achieved are based on two reasons. Firstly, on the great power of convincing of the Augsburg board, because even in the face of minor setbacks, Mr Akcaglar insists on consistently continuing on the chosen path. And secondly, on the will to learn with the technology, and thus to get the best result for the taxi centre out of the fms Callbot. “Through continuous A/B testing, we have been able to constantly improve the system, so that the fms Callbot is becoming more and more efficient in processing orders,” sums up Ferdi Akcaglar and continues: “For example, we have found that short texts and the order of the language modules are a key success factor for a high order rate via the fms Callbot.”

The success of Taxi Augsburg eG’s openness to technology is also reflected in the first analyses. The Augsburg taxi centre achieves the following results:

fms Callbot must pay off

But 30% is not enough for Ferdi Akcaglar. This value must still increase so that staff planning turns out to be more cost-effective and the fms Callbot pays off fully. “We are currently investing around 3 hours of work per week in optimising the fms Callbot in order to increase the Callbot orders,” says the Augsburg board member. A goal that is not achievable at the push of a button, but in constant close cooperation with the fms/Austrosoft support team.

The conclusion: “Sooner or later, we will not get around a voice assistant in the call centre. Therefore, it is important to us that we achieve full functionality of the fms Callbot as soon as possible,” says Taxi Augsburg e.G. board member Ferdi Akcaglar.

“The taxi industry needs to overcome the fear of a callbot. Callers are already much further along than we think.” 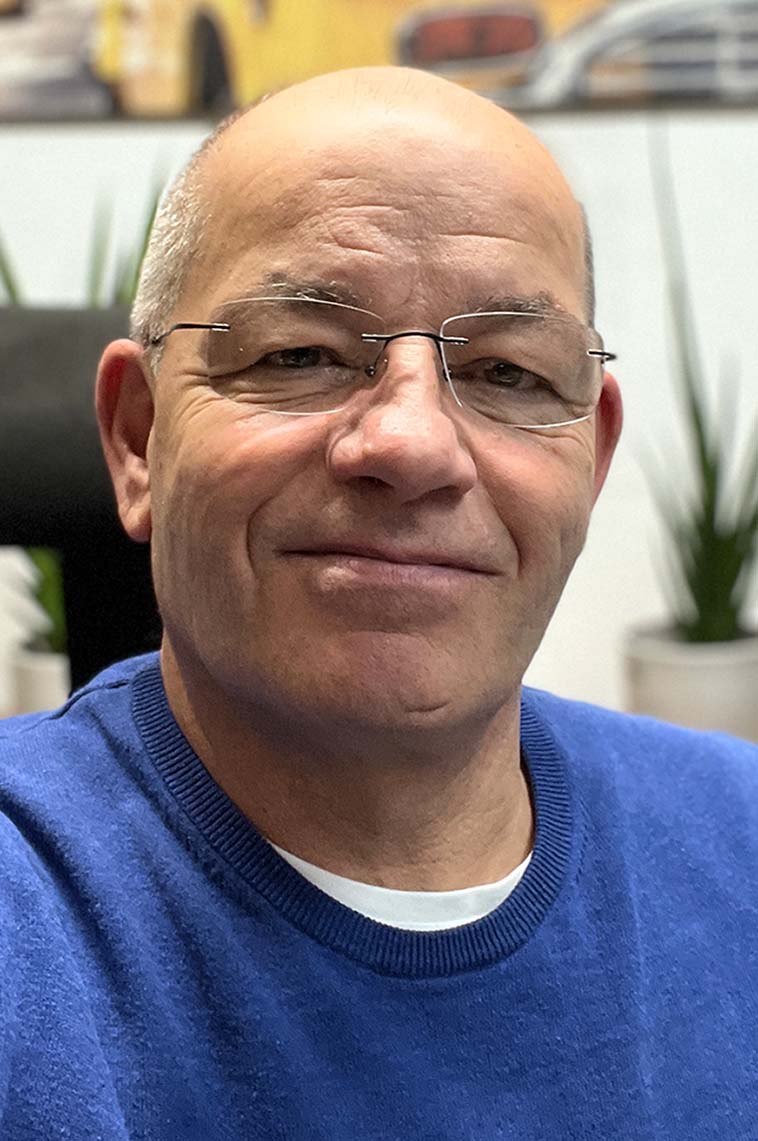 Ferdi Akcaglar and his team invest around 3 hours per week for the analysis and optimisation of the fms Callbot in full operation.

„The fms Callbot has already carried out more than 2 million orders in over 20 taxi centres.“

Robert Abel sees the reduction in order costs through the fms Callbot as a decisive factor.